Come back on Friday for our next comic, plus a new round of reader Q and A! (If you've got a question you'd like to ask, pop it into an email with "Q and A" in the subject line.)

And don't forget, all our books are on sale this week! Said sale includes not just the entire "modern" S&F series and the Underground RPG/guide, but also the hefty and increasingly relevant two volume omnibus of the comic's two prior series'. 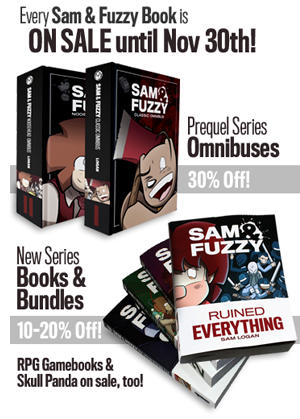