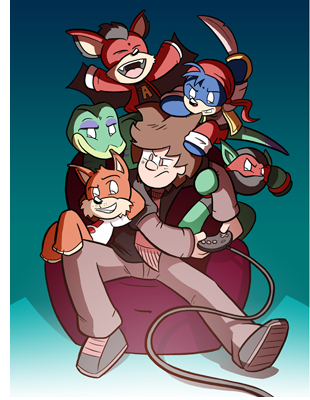 Pop quiz: who can remember the last time we saw that photo? (Spoilers: it was here!)

We return on Friday with a new comic, and a new round of reader Q and A! Got a Q you want A'd... about the comic, comics in general, or the world beyond? Send it my way in an email with "Q and A" in the subject line! I am here to help.