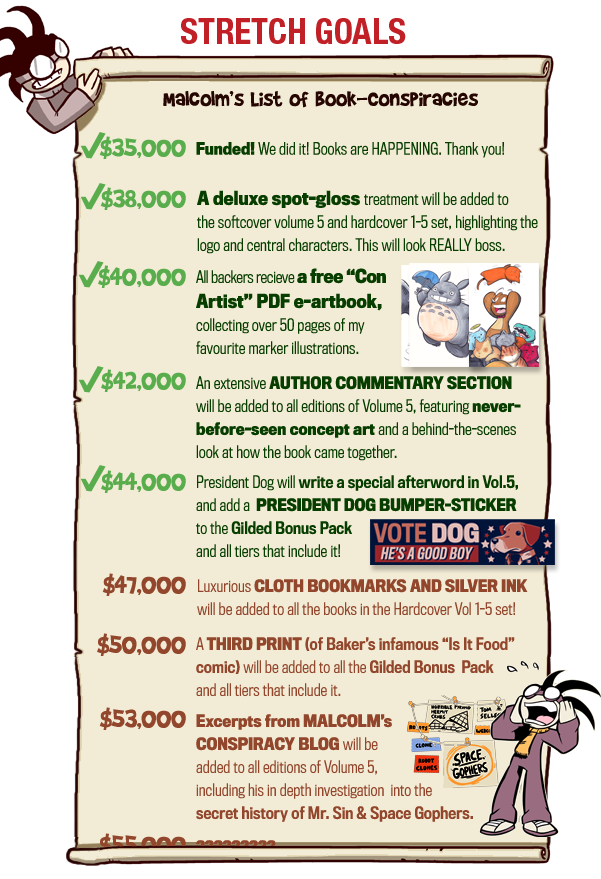 Whoops! Running majorly behind today, team, so I'll keep this post brief. But there's a couple of things I should definitely mention!

1) The Sam and Fuzzy Kickstarter continues to kick butt! We're creeping pretty close to our fourth stretch goal... and if we hit it, beloved fictional canine leader President Dog (yes, THE President Dog himself) has agreed to write a special afterward to Volume 5 and provide some newly designed VOTE DOG bumper stickers for all our "gilded" bonus packs. And there's more stretch goal bonuses lined up after that, should things keep going this well. 12 days to go!

2) All our December Patreon rewards are available now! All backers can vote for this month's bonus art pieces, Extra backers can download a new issue of our monthly behind-the-scenes e-mag, and Secret Art Vault backers can view a bunch of new sketches, some new desktops backgrounds and PSDs, and a couple of slightly-more-scandalous-than-usual pin-ups. Enjoy! 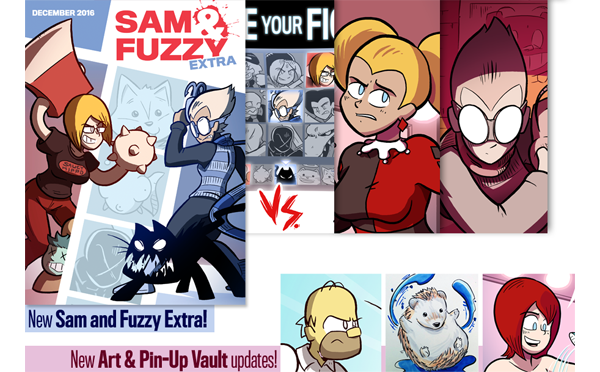 That's a wrap for this week! I'll return on Monday with a new comic and a delayed-but-proper round of Q and A. See you then!