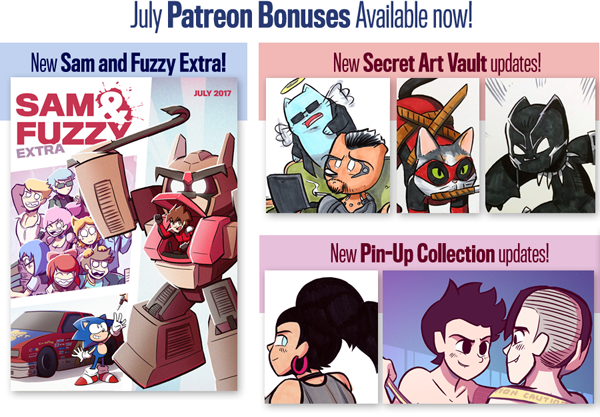 Whew! That was a busy -- and fun -- first Anime Expo! (I mean, first Anime Expo for me. I gather they've done a few of these now.) Thanks to everyone who stopped by to say hello. I had a blast!

I'm busy travelling home from Los Angeles today. But here's a new comic for you! The next one arrives on Friday, as does a fresh new round of reader Q and A! (If you've got a question you'd like me to answer, just pop it in an email with "Q and A" in the subject line.)