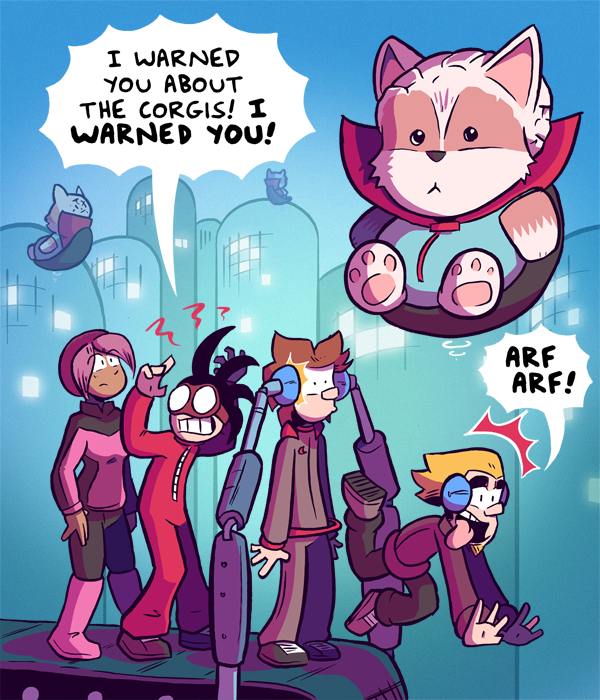 If you enjoyed my recent Mario/Kirby mash-up nonsense, here's another hat-posession-based joke that I drew based (loosely) on recent Patreon backer suggestions. We got some good suggestions this time around... I've got some particularly fun and weird Sam-and-Fuzzy based ones lined up for later this month!