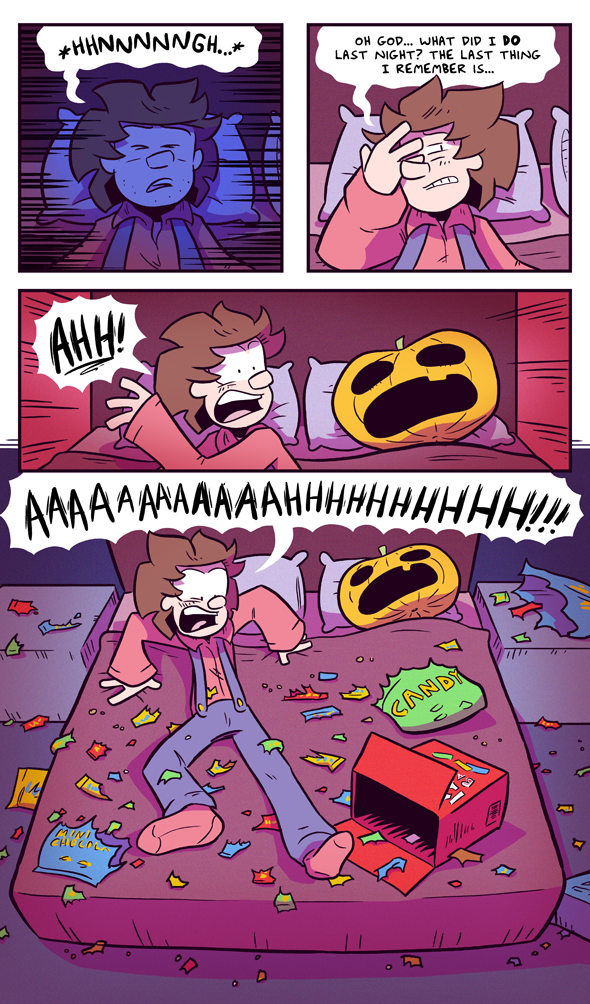 Inktober/Halloween originals up for grabs!

Today: a candy-coated coda to the holidays. Then I've got one last piece of stand alone goofiness for you on Friday, before we leap headlong back into the next chapter of Sam and Fuzzy on Monday!

In other news, I've made a gallery of all 41(!) of the original Inktober and Halloween Sketch-Off illustrations I drew this month. Check out all the crazy pics right here! And if there are any pieces you particularly like, I heartily encourage you to nab the original art. Most of them are $35-$40, except for a couple of the particularly simple or elaborate ones, and they're all one of a kind. Plus, you'll be happy paying my dear elderly dog Mac's vet bills. (He's a good boy.)

Come back on Friday for more comics. See you then!