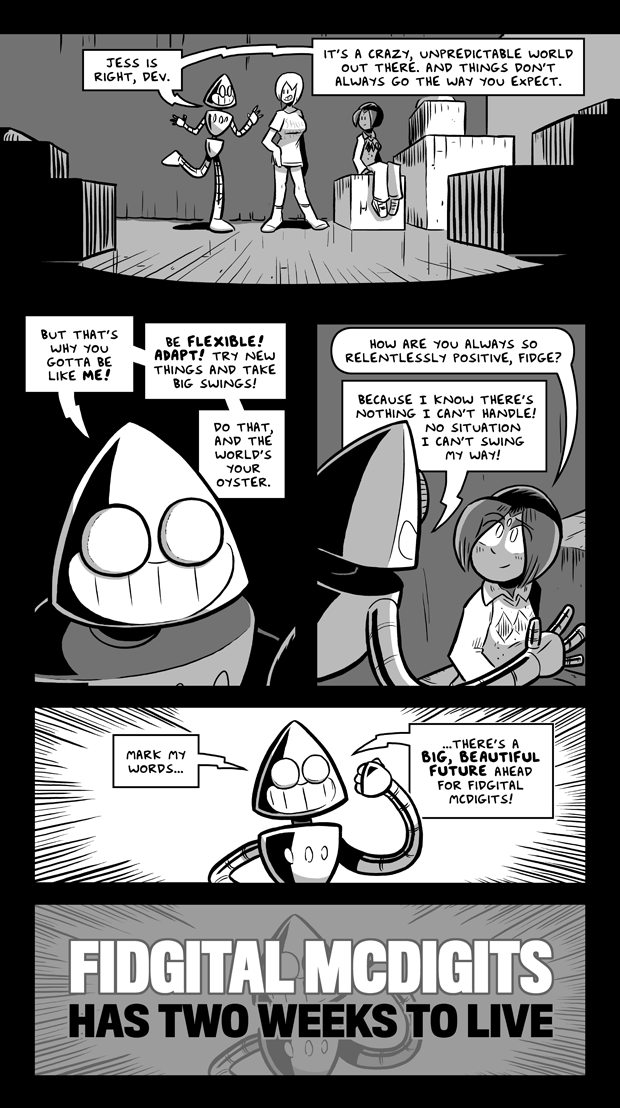 In case you forgot: Jess had to abandon her flamethrower act.

All right! Come back on Friday for the final comic of this chapter! In addition, we'll have a brand new Friday Q and A column! If you've got a question you'd like me to answer, just pop it in an email with "Q and A" in the subject line. (Or tweet it at me.) See you then, team.

Gert's such a cheerful lady.