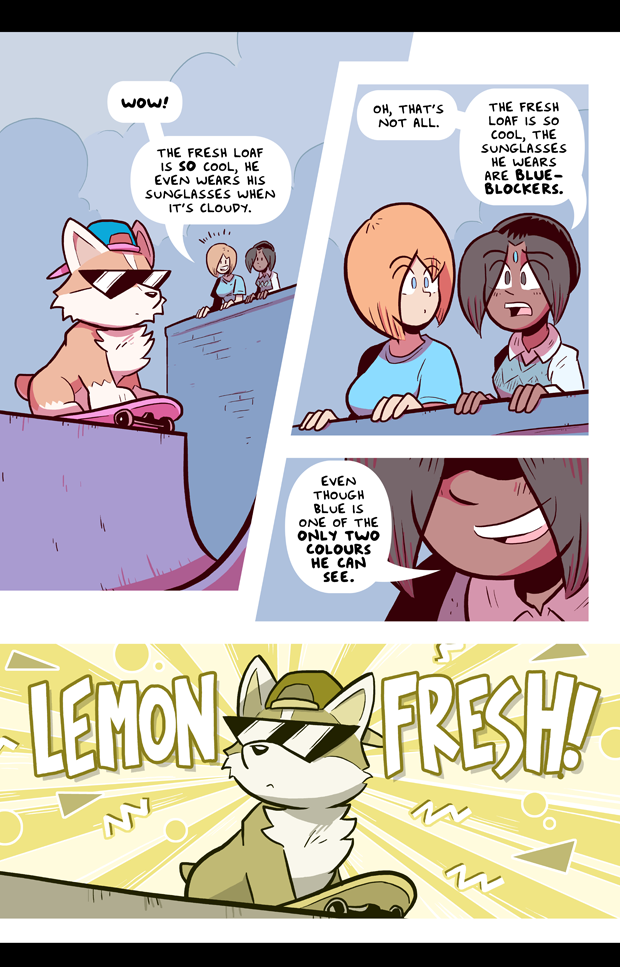 In case you forgot: Jess had to abandon her flamethrower act.

All right! Come back on Friday for the final comic of this chapter! In addition, we'll have a brand new Friday Q and A column! If you've got a question you'd like me to answer, just pop it in an email with "Q and A" in the subject line. (Or tweet it at me.) See you then, team.