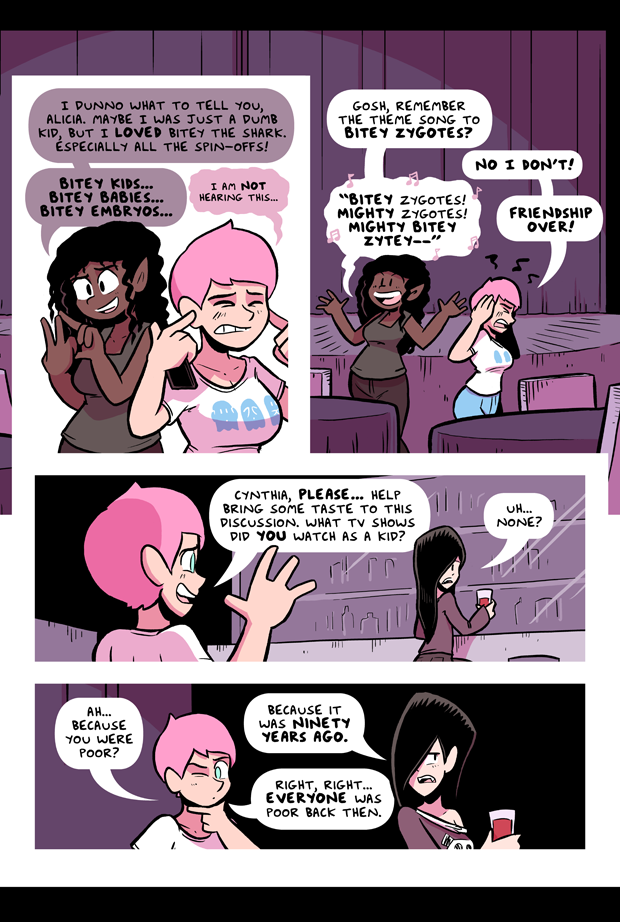 Bitey the Shark has truly had a robust career.

I'm taking a break from our usual Friday Q and A feature today, but it will be back next week! And our next comic will arrive on Monday, as usual. See you then!

Monday's comic got a fun response! Particularly on twitter, where the chart generated an astonishing number of deadpan comments from folks "remembering" their favourite shows. You can check out said responses by clicking the tweet below.

In today's comic, Ruby and Alicia discuss the merits of Bitey the Shark, who you may recall from these previous comics. Alicia has some serious Opinions About Cartoons, just like I do. (Although not the same opinions... I really like the new Mickey shorts lol.)