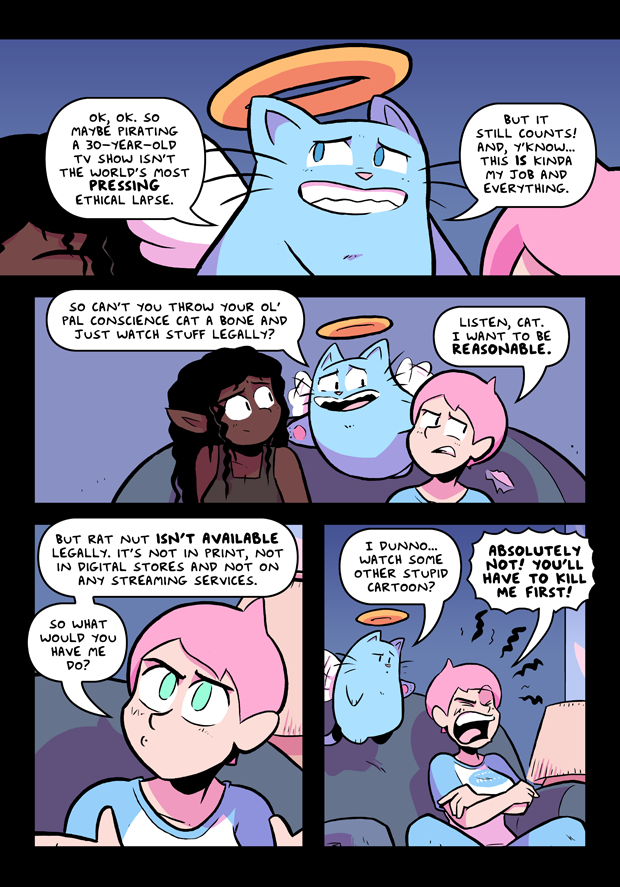 Alicia is nothing if not reasonable.

Stop all the downloading