A moment of appreciation today for Colonel Tusks, my favourite recurring-but-unimportant Committee member. (This appearance in particular is a personal favourite.)

That was a heck of a VanCAF! Thanks to everyone who swung by the booth to say hello. I was a little haggard this weekend, but I promise I was still delighted to see you all!

Next comic on Wednesday... see you then, team.

Vancouverites! I will be appearing at this weekend's Vancouver Comic Arts Festival -- a free to attend comics event that you will definitely not want to miss! VanCAF is always a blast, and Andrea Demonakos and the TCAF crew -- who took over running the event after my partner-in-crime Shannon retired as showrunner last year -- are going to do a swell job keeping this party rolling.

You can find me at table H3 in the gymnasium half of the exhibition. I will have a bunch of cool S&F swag, as well as a few con-exclusive specials. Come say hi! 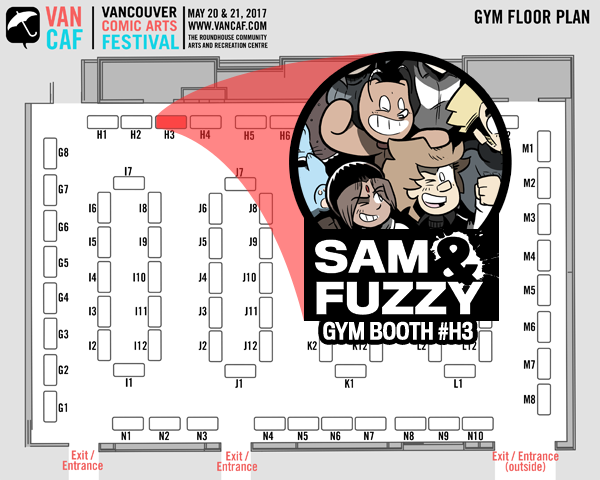 If you're looking for a refresher on Fig Pig's creation, the answers are in our Trade Secrets story! Short version: he was created at stationery conglomorate Sanpresto -- one of Natalie Grave's companies -- in an attempt to create a living version of their Hello Kitty-esque mascot. But it's a fun story to read in its entirety if you haven't before!

This weekend, I will be appearing once again at the Vancouver Comic Arts Festival! I hope to see lots of you there, Vancouverites.