Anyone else watching the new season of Gravity Falls? If not, can't recommend it enough. It's the whole package: gorgeous art, a great sense of humour and character, and all the long-running conspiracies a Sam and Fuzzy fan could want.

DID YOU KNOW: I actually tried out to work on Gravity Falls once! They needed to hire a temporary freelance storyboarder, and offered to let me do a board test. Storyboarding was never something I'd ever considered doing before, but since I was such a big fan of the show, I wasn't going to say no!

I didn't get the position, ultimately, but I did have a lot of fun putting the test together. If you're curious, you can read the whole story and see some of the boards I did by clicking the image below.

Click here to read the legend of Sam's board test for Gravity Falls! 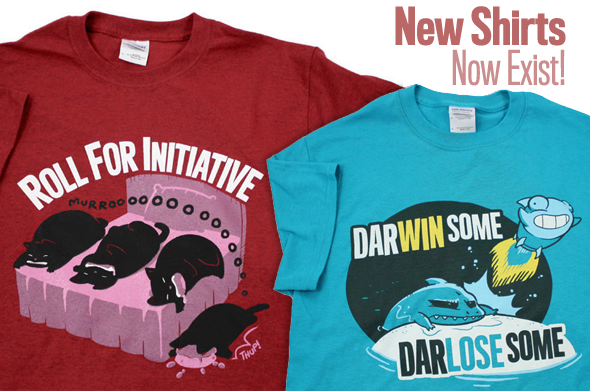 Sam and Fuzzy Q & A: Bad timeline Edition
Got a question you want answered? Just drop me an email with "Q & A" in the subject line!

"I noticed that in a recent page there's a date written in the journal: 2009/06/22, and then I realized that I don't remember any exact dates having been mentioned in the comic before. Years certainly has passed over the course of the comic, but does it keep up with 'real time'? Or is there an old panel where the definite date -  including year- was mentioned, so that the entire chronology of Sam & Fuzzy can be established around it?" -Emily

I generally avoid mentioning any specific years in the comic. Instead, as you've probably noticed, I label my flashbacks with terms that are relative to the current "present" in the comic... like "ten years ago", or "four years later".

If the first Sam and Fuzzy strips officially took place in the year I actually drew them -- which was 2002, a year before the comics started being published online -- the comic would now actually be a period piece! According to my official internal timeline, a bit over six years have passed in-universe between the very first strip and the current storyline:

- One year for the "Classic" era strips

- One year for the "Noosehead" era strips

- And finally, a couple of months to cover everything from "Ruined Everything" to our current story!

But as you may have guessed, I don't consider the current story to take place in 2008. I consider it to take place now, and the original strips to take place six years after they were actually drawn. It's kinda creepy when you think about it!

That one journal of Hazel's was a rare appearance of a real date. I included it because ultimately, there was very little in-comic context to explain when the specific journal was actually written in relation to anything else. All we know is it was written "sometime in the last ten years". So I guess I am willing to confirm that the year 2009 was, in the universe of Sam and Fuzzy, sometime in the last ten years. You heard it here first!

"I was wondering if you'd ever make Bitey the Shark it's own long-term (satirical) comic? In colour? Or any of the other "series" from the S&F universe (cataloooooooope)? Because it would be amazing." -Agni

I would love to! Bitey would be particularly fun to explore. I've only ever done strips featuring "modern" Bitey, but I'm very fond of the idea that he is actually a very old cartoon character who has been redesigned/rebooted many times over the decades. I'd love to explore what Bitey cartoons looked during various eras of animation history! (So far, the only person who has been able to do so is serial guest artist Michael Stearns, here and here!)

Unfortunately, like so many things, the biggest barrier is time! I draw the equivalent of six pages of Sam and Fuzzy comics a week, which eats up the bulk of my work hours. I really enjoy when I get to work on extra simultaneous comics like Tower of Babel, but I can only really do so if I'm being paid for them. Otherwise I have to use those remaining hours for other kinds of paying work -- drawing commissions, doing conventions, designing merchandise, that sort of stuff. After all, Sam and Fuzzy itself is free to read... that other stuff is how I make my living!

A number of people have suggested that funding time to draw bonus side strips and other new comics would be a good use for a Patreon. It's something I'll ponder! As I mentioned a while back, I do really like Patreon, but I don't want to launch one until I'm sure I have a particularly awesome thing to use it for.

"How does/can Brian read the mind of robot and cyborg Committee members?" -Tom

Cyborgs are manageable provided there's still a relatively accessible organic brain in there somewhere, but as for actual robots... well, as eagle-eyed readers may have noticed, Hazel's chart seems to suggest that the Robot committee member's number is one of the few she doesn't have yet. Make of that what you will!

We return on Monday with more comics. See you then!

How does/can Brian read the mind of robot and cyborg Committee members?