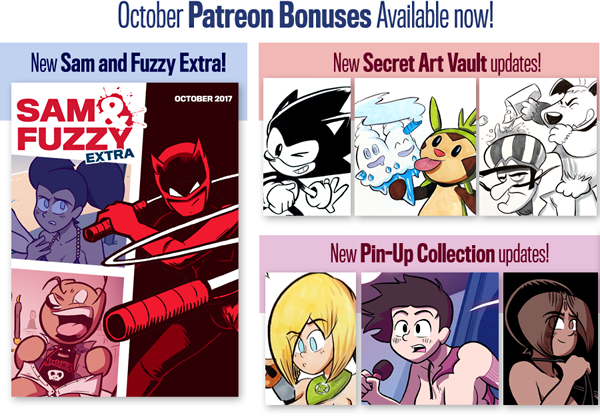 For a brief refresher on why the Committee voted to grant Sam the Sin Enterprises seat as well as the Ninja Mafia one, head on right over here! They giveth and they taketh away...

We return on Friday with a new comic -- which is an abnormally special one for silly reasons I can't say -- and a new round of reader Q and A! As always, if you've got a question for me, just pop it in an email with "Q and A" in the subject line. Pow!

Last but not least, I'd be remiss not remind you of all the sweet stuff we've got available in the online store these days! The entire Sam and Fuzzy library is now available in both softcover and deluxe hardcover omnibuses -- including our newest book, Sam and Fuzzy Missing Innaction -- and we've got a wide array of new and classic shirts and posters available as well. Enjoy!